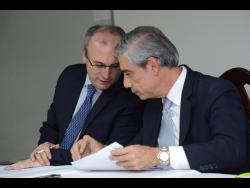 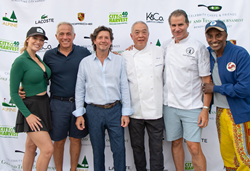 The logbook is a weekly digest of human interest stories related to the transportation industry. This week: DHL hits its delivery goal of 2 billion COVID-19 vaccines, United Petroleum names its Driver of the Year, and GXO donates more than 20,000 pounds of food to families in Europe.

Global logistics company DHL Group has announced that it has reached a milestone by delivering 2 billion COVID-19 vaccines to more than 175 countries.

The company began delivering vaccines in December 2020, with Mexico being the first country to receive shipments from DHL.

“Just over a year after delivering the first vaccine, we continue to seamlessly manage and execute multiple supply chain configurations without cold chain disruptions or security incidents,” Katja Busch said on Monday. , commercial director of the DHL group.

“Reaching this milestone relies on our successful partnerships with the private and public sectors. True to our goal of “Connecting People. Improving Lives, ‘we are providing life-saving supplies and vaccines to help the global immunization campaign,’ she continued.

In July, DHL Global Forwarding announced that it had partnered with the non-profit organization Crown Agents to successfully deliver 4 million vaccines to countries including Indonesia, Jamaica and Kenya, bringing the at the time its total vaccine shipments to 731 million.

United Petroleum names its Driver of the Year

Founded in 1966, UTP is one of the largest fuel and chemical carriers in the Southwest, with service centers in Arizona, New Mexico, Oklahoma, Louisiana and Kansas. More than 500 drivers race for the Oklahoma City-based trucking company.

It was Ramirez’s third time as a finalist for the award, as customers continually thank him for his punctuality, work ethic and safe driving, according to UTP executives who presented him with $25,643 in cash and awards at the Nashville event.

“David is a great man, and we are so lucky to have him in our family of professional drivers,” UPT CEO Greg Price said of the 35-year-old veteran driver who has been with the company for 18 years. year.

Global logistics and warehousing company GXO Logistics has unveiled the results of its annual United in Giving campaign, a program in which employees donate time or funds to food banks across Europe throughout the holidays.

“GXO’s United In Giving campaign is one of the many reasons I’m so proud to lead Team Europe. Employees from over 70 sites across Europe came together to donate 10 tonnes of food, as well as hundreds of toys and clothing for local charities,” said Richard Cawston, President of GXO Europe, in a statement. at FreightWaves.

Launched in 2015 by XPO Logistics, the spin-off global logistics company has worked with non-governmental organizations, including local food banks, refugee centers and the Trussell Trust, to provide meals for more than 40,000 families.

The meals are distributed to families in countries across Europe, including Russia, Romania, Poland, France, Spain, Belgium, the Netherlands, the UK and Ireland.

Each December, GXO employees receive kits from the company with shopping lists and suggested food donations that are usually in high demand during the holiday season. Corporate Engagement Ambassadors work together to channel these donations to food banks and partner sites, many of whose employees continue to donate time and funds throughout the year.

Watch now: Recap of past weeks

Do you have a transportation-related human interest story to share?