President of Costa Rica: A future without fossil fuels is not impossible, but disinformation is a threat 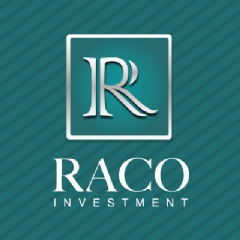 GLASGOW, November 5 (Thomson Reuters Foundation) – The small Central American nation of Costa Rica has achieved revolutionary changes over the past century – from the complete dismantling of its military to the provision of universal medical coverage and restoration large areas of lost tropical forests.

By making these changes, its people achieved a better life expectancy than US citizens, and Costa Rica became an upper-middle-income country with a green economy powered by hydropower and built in part around ecotourism.

“Everyone said it was impossible,” said Costa Rican President Carlos Alvarado Quesada, who is attending the UN COP26 climate talks in Glasgow this week.

But Costa Rica – like most countries in the world – now faces another daunting challenge: to fully engage its economy on a path that will end the use of climate-destroying fossil fuels while improving the quality of food. life and prospects of its people.

Quesada is cautiously optimistic that transformation can happen, not only in his already green nation, but also in others, where change will be much more difficult.

“When people say it’s impossible to move to a future without fossil fuels, the evidence points in the opposite direction,” he told the Thomson Reuters Foundation in an interview.

Next week, Costa Rica and Denmark will launch a new “Alliance Beyond Oil and Gas” (BOGA), whose members seek a “phase-out of oil and gas production to align with objectives of the Paris Agreement â€.

Costa Rica’s legislature was due to consider a measure in July to ban oil and gas exploration and exploitation in the country, a move strongly opposed by its Chamber of Industries.

After some tweaking, the measure is now back before lawmakers and likely to be passed, Quesada said, saying the country was “the closest country we have ever been to achieving this (goal).”

The organizers of the COP26 talks have made ending funding for coal power, the dirtiest fossil fuel – as well as winning commitments to end its use for power generation – a major goal.

But the International Energy Agency said that to keep global heating at 1.5 degrees Celsius, the most ambitious goal of the Paris Agreement, new investments not only in coal but also in oil and natural gas are due to end this year.

Quesada said each nation should wage its own domestic political battles and find its own path to bring about such rapid change – and ensure that its citizens are accompanied.

“We cannot have global agreements (…) that will be unjust and unjust”, whether for indigenous peoples or coal workers who lose their jobs, he added, warning against a “one size fits all” approach to ensuring a green transition would fail.

A huge challenge in building consensus for change within countries and internationally is widespread political polarization driven in part by disinformation, especially on social media, the president said.

A report released this week by environmental watch groups analyzed data on Facebook and found tens of thousands of ads and posts downplaying or denying threats from climate change.

The Real Facebook Oversight Board, one of the groups behind the study, called in a statement for an investigation into Facebook’s â€œdangerous spread of climate misinformationâ€.

Facebook officials said they were working to limit the problem and send users to credible sources of climate information.

Quesada said widespread falsehoods about climate change created divisions and made it more difficult to find agreement in multilateral contexts like the COP26 talks.

“If we want to protect our democracies, I think something has to be done,” he said. “There is growing evidence that (social media algorithms) have weakened democracy.”

Insufficient funding to help poorer countries take a greener path and adapt to worsening climate impacts was also an obstacle at COP26, rich countries pledged to provide $ 100 billion. per year of funding from 2020 still not being met.

The national climate action plans of many poor countries depend on this funding, and the so far unfulfilled target has undermined confidence in the talks in vulnerable countries.

“Why not use this money to save the world and not destroy it?” He asked.

But he also said that all countries must work as hard as possible, using their own resources and without waiting for others, to drive the necessary green changes, as failure to deal with growing climate threats would put everyone at risk.

“We should do anything and everything in our hands to solve this problem,” he added.